Your browser is out of date.

You are currently using Internet Explorer 7/8/9, which is not supported by our site. For the best experience, please use one of the latest browsers.

Company leadership passed to Arthur S. “Pete” Sitterle III in the '90s and he continued to build the organization through a focused strategy on manufacturing technology advances coupled with unequaled customer service. Along the way, Comet Neon has been recognized as a trusted strategic supplier for companies including H-E-B Grocery Company, Valero, Whataburger, and many South Texas businesses.

In 2012, Pete’s vision of building a sign company that could serve the entire state of Texas took a major step forward with the acquisition of the Barker Sign Company in Houston, Texas.  This acquisition provided a foothold in the important Houston market with a reputable operator founded by Texas sign company legend, Jack Patterson.  With Barker Signs already providing installation services for Comet Neon’s growing customer base in Houston, this purchase improved customer service capabilities and installation capacity.

With an eye towards future growth and acquisitions, Pete hired Mikal S. Harn as company President.  Harn, an experienced executive with operations, marketing, and custom manufacturing background at companies including Kraft Foods and AT&T, joined Comet in 2013. 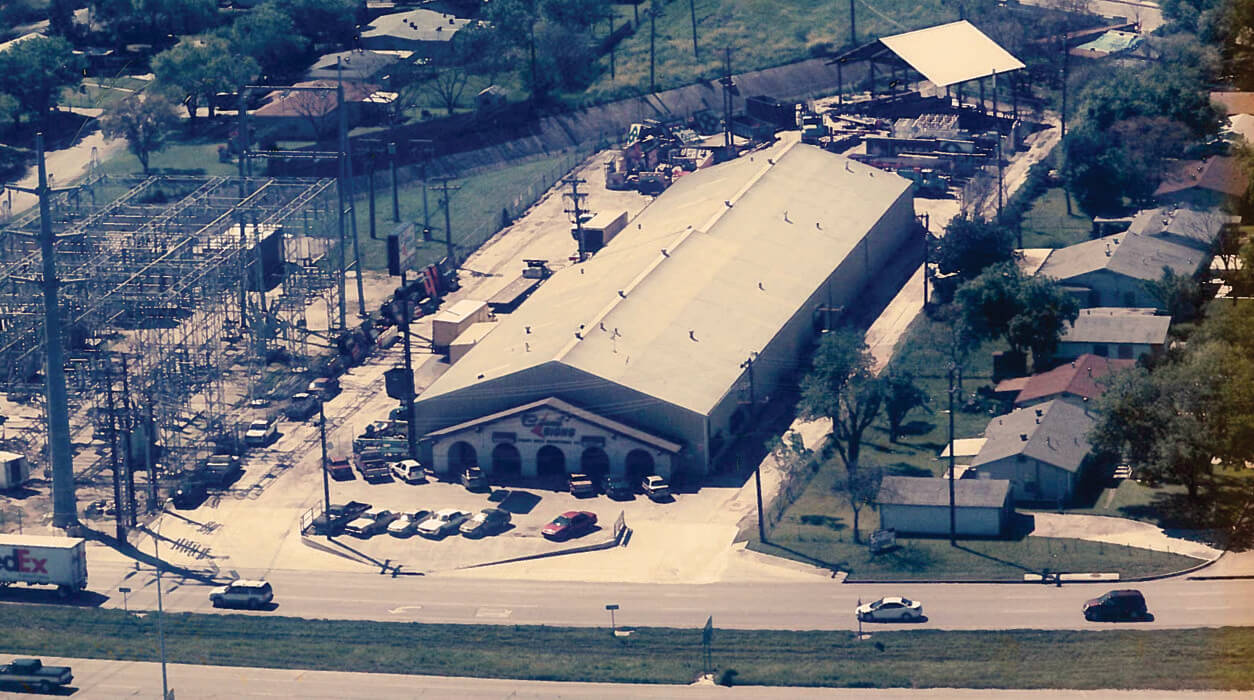 See Our Signs Across America

In March of 2015, Comet Signs expanded again by purchasing State Sign Company in Houston, TX.  Longtime owner Danny Zoch was ready to retire and knew the person he wanted to take over his legacy was Pete Sitterle.  Since 1957, State Sign had been a major player throughout Houston and the Gulf Coast region providing electrical, on premise sign manufacturing, installation and maintenance services.  Clients included major retail customers, developers, general contractors and installations for national sign companies.  Comet later consolidated its Houston operations at the State Sign facility near Hobby Airport.  State Sign had and continues a strong history of creative sign design success as a multi-year winner of the Texas Sign Association Frank Page Award given annually to the company with the overall best sign design, manufacture and install.  Operating as State Sign, A Comet Signs Company, the Houston group continues to flourish under the Comet Signs umbrella.

A few months later, in January 2018, Comet expanded into Austin, Texas.  The purchase of Custom Sign Creations (CSC) added coverage of Central Texas with a company known for vibrant and creative sign designs.  CSC’s strong sales team and manufacturing expertise enhanced Comet’s ability to serve customers across the state of Texas.  Company founders Jamie Mitol and Andy Leffler continue to lead the company’s Austin operations as Comet’s growth into a new geography is focused on providing a better customer experience to current and future customers through local knowledge and experience.

With Comet’s move into an 180,000 square foot San Antonio headquarters and manufacturing facility in March 2019, the company is poised for another 60 years of growth and superior customer service.  Comet Signs three manufacturing plants with 200,000 square feet of manufacturing capacity provide program and custom sign fabrication serving customers of all sizes.  Whether large petroleum programs with vacuum formed faces, interior packages utilizing large format digital prints or installations across the country or with our 26 in house installation crews throughout the state of Texas, Comet would like the opportunity to serve you.

To meet the needs of our customers all around Texas we have five conveniently located facilities in Dallas, Tyler, San Antonio, Austin and Houston.  Three of our facilities are state of the art manufacturing in Austin, Dallas, and San Antonio to provide the best signage solutions for our clients. Our facilities are equipped to produce pylons, cabinets, channel letters, vacuum form faces and digital graphics for sign projects large and small. Whether you are planning a national brand conversion or need a sign package for a single location, contact us today to discuss your project.

With Comet’s continued growth the company is poised for another 60 plus years of growth and superior customer service. The Comet Signs family would welcome the opportunity to serve you. Get in touch with Comet Signs today.